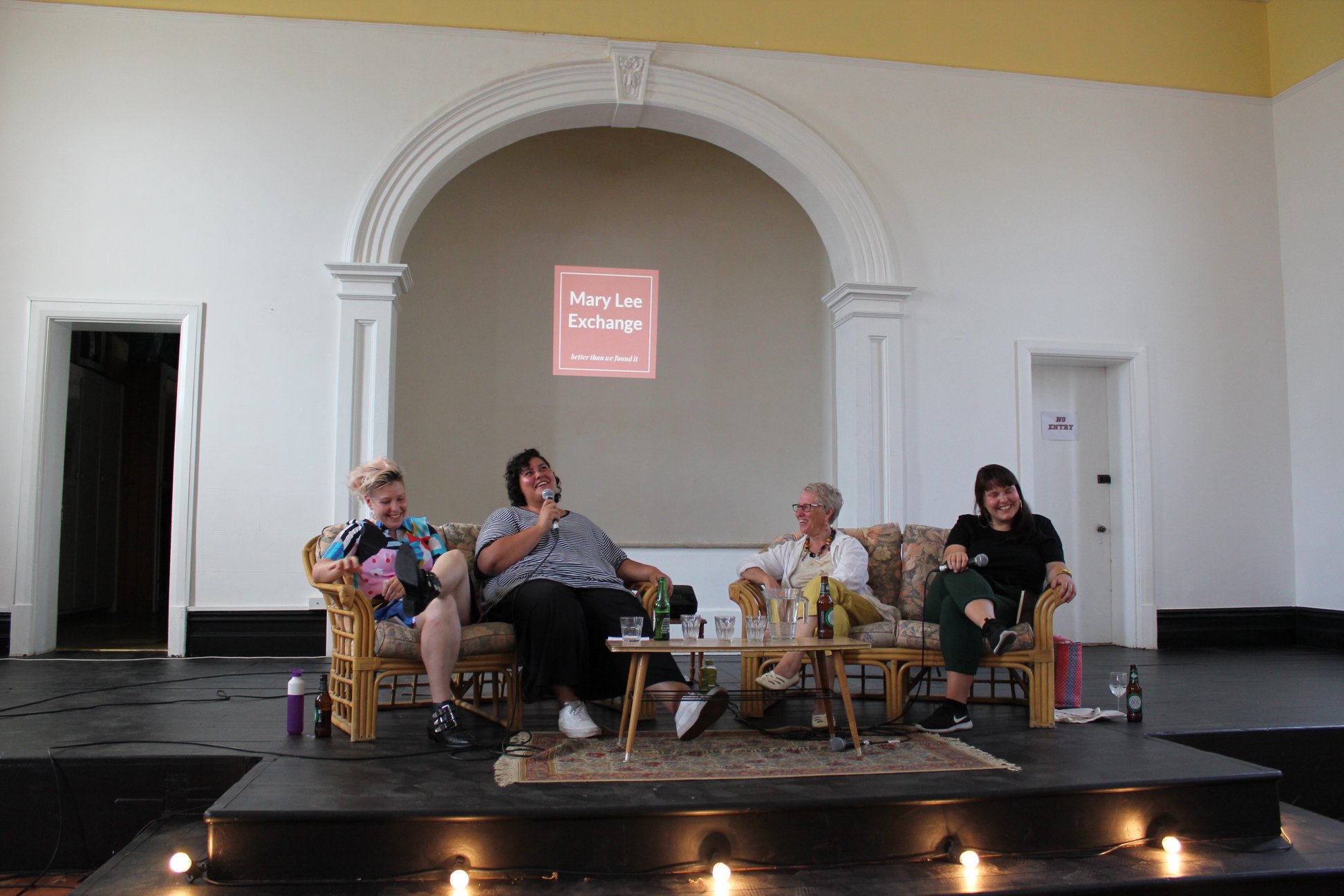 Latoya Aroha Rule is a Wiradjuri, Kuringai and Maori woman residing on stolen land on Kaurna country. She has worked on Aboriginal rights campaigns over the past 4 years and has been at the forefront of the resistance against state-sanctioned brutality that took the life of her own brother in Yatala prison in 2016.

Lucy Hackworth works with schools to increase support and inclusivity of LGBTIQ students, and coordinates a Bystander Intervention program.  She is an emerging feminist scholar in the field of online harassment, with a background in anthropology and queer/feminist community development.

WHAT WERE THEY TALKING ABOUT?

All three women are impressive activists, among other things, and they were talking to us about practising what you preach AKA living by your politics AKA calling out bullshit even when it sucks.